Product design is a crucial step in the web development process. As a consumer, you often see colorful interfaces that catch your attention, but the most successful designs have very humble beginnings—wireframes. Starting with low-fidelity wireframes or mockups is an efficient way to verify whether your ideas resonate with the end-users, and the web app is intuitive to use. If you're working with an external team, the wireframing stage is also an opportunity to double-check if their work is aligned with your vision.
Tools that allow for sharing and providing feedback on designs will make the collaboration easier and simplify the programmers’ job later on. Adobe XD and Figma are our apps of choice.

We tackle design in a strategic and more meaningful way. Through close collaboration, we align our purpose and intent with our client’s business objectives. And, with research and an empathetic approach to our users, we can begin to understand their motivations and behaviors. With all the insights and familiarities we have gathered we can start to define, ideate, prototype, and test to validate our direction. We continue to refine, based on the data and results we received and repeat as necessary. 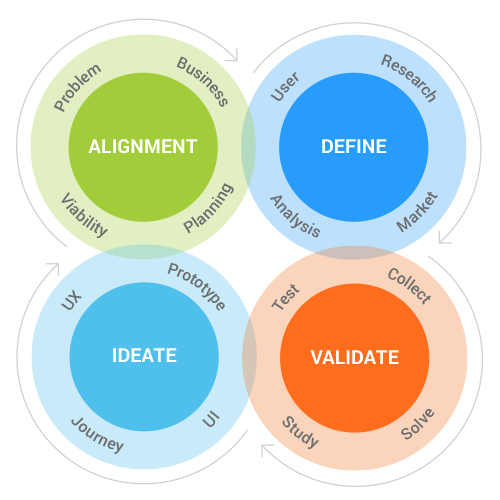 In order to ensure data accuracy, you must design a database that only store relevant and valuable information. A well-designed database is essential to guarantee information consistency, eliminate redundant data, efficiently execute queries, and improve the database's performance.

The process of software development can be supported by a framework suited to your needs. At Apptension, we follow agile frameworks, which are perfect for building web apps. Recently, we develop products faster and cheaper. The development team works in 2-week iterations, during which they deliver a planned increment. One of the most significant advantages of the agile approach is that you can deliver value continuously and be flexible when it comes to your project’s scope. Change of requirements? No problem, you can accommodate it in the next iteration. On top of that, the whole process is very transparent. Don’t forget about the following elements of a successful web development process: Quality Assurance - In order for your product to be of excellent quality, you should include a QA specialist in your team and test each product increment. Effective quality assurance is not a “testing stage” somewhere at the end of the software development process, but rather a continuous process integrated with the development efforts

The web development process is not over after the big launch. You need to have your team ready to: 1. fix bugs,
2. introduce changes based on customer feedback,
3. optimize the performance of your product,
4. renew licenses,
5. add new features according to the product roadmap. This part of the process can also be done in an agile way. We hope that this guide helped you to better understand the steps needed to build a web application. Feel free to use our recommendations to build your own product, and definitely let us know how it turns out.

HTML (the Hypertext Markup Language) and CSS (Cascading Style Sheets) are two of the core technologies for building Web pages. HTML provides the structure of the page, CSS the (visual and aural) layout, for a variety of devices. Bootstrap is the most popular HTML, CSS, and JavaScript framework for developing responsive, mobile-first websites.

PHP is a server side scripting language. that is used to develop Static websites or Dynamic websites or Web applications. PHP stands for Hypertext Pre-processor, that earlier stood for Personal Home Pages.
PHP scripts can only be interpreted on a server that has PHP installed.
The client computers accessing the PHP scripts require a web browser only.

Python is perhaps the most user-friendly programming language of any on this list. It’s often said that Python’s syntax is clear, intuitive, and almost English-like, which, like Java, makes it a popular choice for beginners. Also like Java, Python has a variety of applications that make it a versatile, powerful option when choosing the best programming language for your use case. If you’re interested in back-end web development, for example, then the open-source Django framework, written in Python, is popular, easy to learn, and feature-rich. Django has been used in the development of some popular sites like Mozilla, Instagram, and Spotify.

Along with HTML and CSS, JavaScript is essential to front-end web development. A majority of the web’s most popular sites, from Facebook and Twitter to Gmail and YouTube, rely on JavaScript to create interactive web pages and dynamically display content to users. Although JavaScript is primarily a front-end language run on the browser, it can also be used on the server-side through Node.js to build scalable network applications. Node.js is compatible with Linux, SunOS, Mac OS X, and Windows.

Node JS is not a programming language, it uses JavaScript language as the main programming interface. Node is a desktop application (or runtime environment) that runs JavaScript files. It mainly reads and writes files on a computer/server and does networking.

Basically, SQL stands for Structured Query Language which is basically a language used by databases. This language allows to handle the information using tables and shows a language to query these tables and other objects related (views, functions, procedures, etc.). Most of the databases like SQL Server, Oracle, PostgreSQL, MySQL, MariaDB handle this language (with some extensions and variations) to handle the data.

A cloud database is a database service built and accessed through a cloud platform. It serves many of the same functions as a traditional database with the added flexibility of cloud computing. Users install software on a cloud infrastructure to implement the database.

It combines the power of the cloud with a document database that puts developers in control. MongoDB Atlas, and extensions for search, data lakes, and mobile app development of MongoDB Cloud, factors out many problems that shut down growth and/or wrecks the customer experience. Downtime goes close to zero and features like Performance Adviser make tuning automatic.

MariaDB Community Server is a modern, open source relational database beloved by developers worldwide. As an advanced database server, it supports newer SQL features like CTEs and SQL on JSON while maintaining compatibility with commercial offerings like Oracle and MySQL.

At the core of our method, we know that concise, clear customer communication is benchmark in our approach to creating a successful product. So, we believe in a content-first approach that focuses on the efficiency of languages and how we can take that to define experiences. This can then inform better design decisions.

TWT has an exceptional team of developers with expertise in WordPress development services for a range of businesses located around the world. Our customized WordPress development services help businesses take better control over business functions. With us by your side, you’ll get more than just a simple website. We help curate high-performing digital experiences that add value to your business with our WordPress Development Services. We firmly believe that every interaction counts, which is why we bring our expertise and passion to the table for your benefit.

TWT believe that a great graphics design will make your visitors stay active on your site for a long time. Our graphic designers are experts in various designing tools and have remarkable experience in handling graphic design projects across various industries. Before working on designs, we collect information about your business requirements and objectives.

TWT provide develop enterprise-grade custom web apps that create lasting value for your customers. TWT’s experienced team will work with you to transform ideas into impactful & innovative products that give your business an edge. Our multistage process begins with an analysis of system requirements, creating the architecture, designing the application, implementing the code, integrating the components, and eventually roll out the final solution to the market.

TWT is specializes in rolling out high-speed eCommerce website outcomes through innovation and cutting-edge tech. Enriching the overall customer experience, enabling quick transactions and delivering a next-level eCommerce solution is what differentiates TWT from others.

The science of mimicking or simulating human intelligence through machines, computer programs, and robots to perform a variety of tasks is called Artificial Intelligence or AI. An interesting take on the etymology of AI exists by Jim Hendler, a researcher and one of the key people behind the Semantic Web. According to Hendler, AI is nothing but the technology that makes machines perform tasks better than humans. When a machine completely accomplishes a task just like its human counterpart would, it is no longer AI. Such a machine is generally considered a type of technology-aided by computer science principles. TWT provide DevOps as a Service and Solutions offering includes Infrastructure Automation, Continuous Delivery pipelines for Cloud-Native Applications.

We will get in touch

We are Tomorrow World Technology Pvt. Ltd. and we’ve been in development and have hosted a line of products and services since 2016.
We are headquartered in Bengaluru and we ll be opening our branches in various cities if INDIA.. 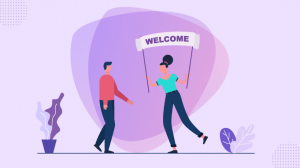 We are delighted to have you among us. On behalf of all the members and the management, we would like to extend our warmest welcome and good wishes!

Please share your query on info@twtindia.in, & take a survey of our website to better understand our services. 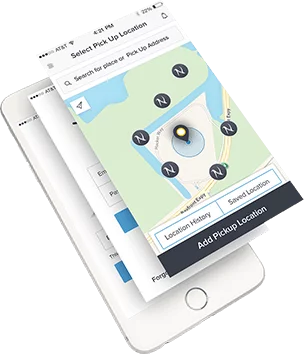